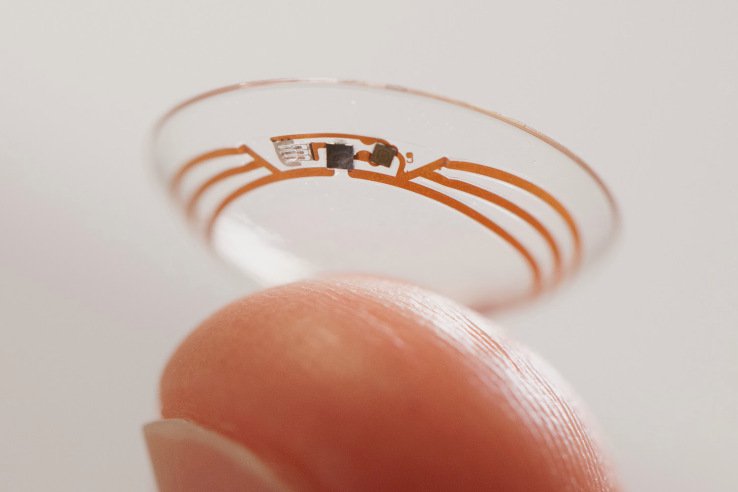 This isn’t Google Glass in a contact lens, but it may just be Google’s first step in this direction. The company’s Google X lab just teased a smart contact lens on its blog that is meant to help diabetics measure their glucose levels.

The company says it is currently testing prototypes of this contact lens that use a tiny wireless chip and a miniaturized glucose sensor. These chips are embedded in between two soft layers of lens material.

In its announcement, Google notes that scientists have long looked into how certain body fluids can help them track glucose levels. Tears, it turns out, work very well, but given that most people aren’t Hollywood actors and can cry on demand, using tears was never really an option.

According to Google, the sensor can take about one reading per second, and it is working on adding tiny LED lights to the lens to warn users when their glucose levels cross certain thresholds. The sensors are so small that they ”look like bits of glitter.”

Google says it is working with the FDA to turn these prototypes into real products and that it is working with experts to bring this technology to market. These partners, the company says, “will use our technology for a smart contact lens and develop apps that would make the measurements available to the wearer and their doctor.”

It’s worth noting that other companies, including Microsoft, have previously shown similar lenses. Until now, though, it doesn’t look like there are any smart lenses available in the U.S. yet. Given Google’s reach, however, it may just be able to find the right partners to bring this technology to market.